The recipe for this salad with leeks  was given to me by one of my cousins in Białystok, Poland.

This salad goes well with cold meats & smoked Polish sausages, but with all its ingredients it can even be a little meal on its own.

Leek in Polish is por & in Italian it is porro

Many vegetable names in Polish have origins in Italian, this is because when, the Italian Princess, who became Queen Bona of Poland on her marriage to King Zygmunt the Old, came to Poland in the 16th Century with her chefs she introduced many vegetables into the Polish diet – the most notable being the tomato . Because of this many of the Italian names or slight variations of them have become the names used in Polish.

There is also Włoszczyzna – which means Italian  stuff  – is it used in Polish cookery all the time – it translates as soup vegetables  and is mixture of: carrots, celeriac or celery leaves, leek or onion, parsnip or parsley root & parsley leaves & sometimes savoy cabbage which is used as the base for many soups and casseroles.  When written in a recipe every Polish cook will know what it is though some may have different versions of the mixture.

Although this is not an old Polish recipe it is certainly in the traditional Polish style with cooked vegetables and hard boiled eggs.

The chopped hard boiled eggs  to garnish is very much in the tradition of à la polonaise.

Cheese is used in this recipe and is the type that is called  ser zółty  – yellow cheese and is of the semi-hard type such as Edam, Gouda or Massdam from the Netherlands  which you can buy in England.

The last Thursday in August is always the  last cheese market of the year in Gouda.

Red kidney beans and sweetcorn are also used in this recipe. Now my father would never eat sweetcorn – he considered it fit only for animal fodder – as this was what it would have been used for in his youth!

You can vary the quantities to what you have available – the ones below are for guidance.

I small tin or half a large tin of sweetcorn – drained

“Yellow” cheese such as Edam, Gouda or Maasdam – chopped into small cubes

2 teaspoons of ketchup or tomato purée 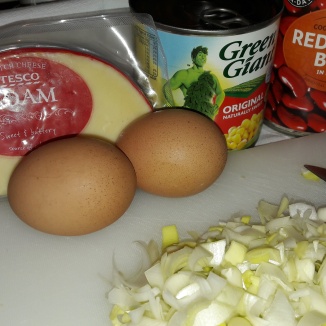 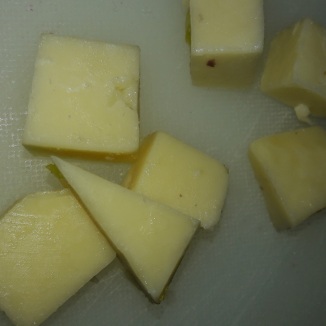 In a large bowl mix together the leeks, red kidney beans, sweetcorn & cheese. 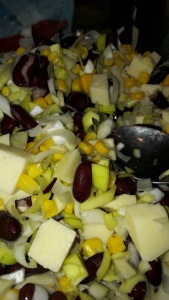 In a small bowl mix together the mayonnaise and ketchup or tomato purée. 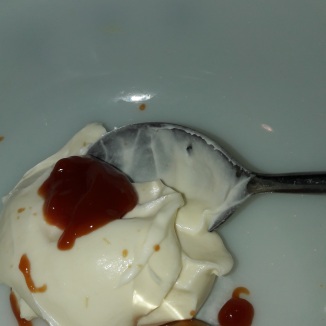 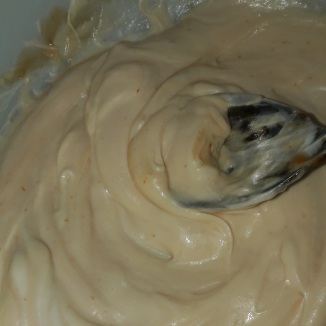 Mix the  dressing with the vegetables combining it all well. 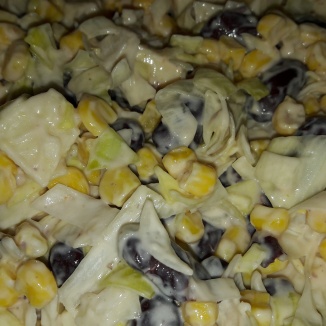 Place the salad into a serving bowl and sprinkle the chopped or grated hard boiled eggs  over the top. 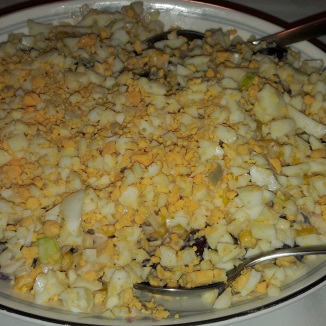 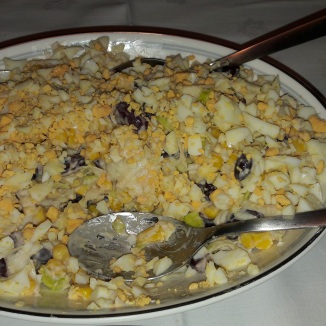 4 thoughts on “Salad With Leeks”