On a super, short holiday in Gdańsk just before Easter, I had several delicious breakfasts in a restaurant in the Old Town called Gvara- the name is based on the Polish word gwara which means dialect (Polish does not have the letter v !).

Two of the breakfasts were waffles served with savoury toppings. First with smoked bacon and eggs and then with fried onions, red peppers and spinach – topped with a poached egg – I was converted! 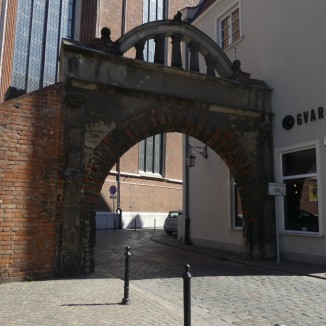 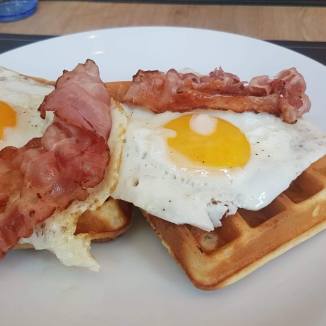 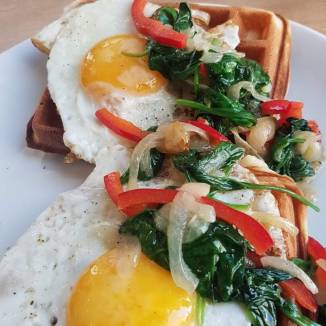 On my return I had to recreate these lovely dishes!

On previous visits to Poland I have always been surprised to see how popular waffles (gofry in Polish – from the French  – gaufres) are.

These waffles, which are often sold on street stalls or at fairs are usually sweet with the addition of sugar and jams etc.

A Short History of Waffles

Over time they became popular throughout medieval Europe, the cake mix, a mixture of flour, water or milk, and often eggs, were also cooked over an open fire between iron plates with long handles.

The word waffle first appears in the English language in the 18th Century – it comes from the Dutch wafel & Middle Dutch wafele – the word for a wafer.

Originally they were made without a  raising agent.

Nowadays waffles are made from a batter with yeast or baking powder (invented by the English chemist Alfred Bird in 1843)and are cooked between two patterned plates.

In some versions, the waffles are thin and more crispy – more biscuit like.

By the 18th century, the expansion of Caribbean plantations had cut sugar prices in half and recipes abounded with much use of sugar.

I bought an electric waffle maker, which makes thick waffles. It is by Salter and I am very pleased with it. 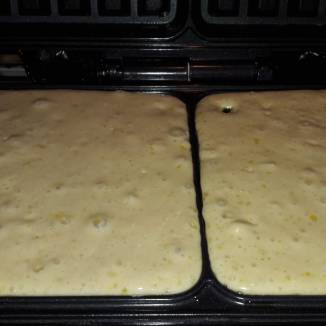 This recipe is based on the one in the recipe book that comes with waffle maker.

I used whole milk and found this worked very well.

Other recipes I looked at used buttermilk, so I tried this with a yoghurt & milk mixture – they tasted okay but the mixture escaped out of the maker quite a bit – so there was a lot to clean up.

This amount made eight waffles in my maker.

It is best to make all the waffles at once and either keep them warm in a low oven or you can pop then in a toaster later.

The batter is left to rise overnight.

This amount made around eight waffles in my maker.

You can make all the waffles at once and either keep them warm in a low oven or you can pop then in a toaster – with this yeast batter you can stagger the timing a little if you do not want to make them all at once.

Toppings for the Waffles 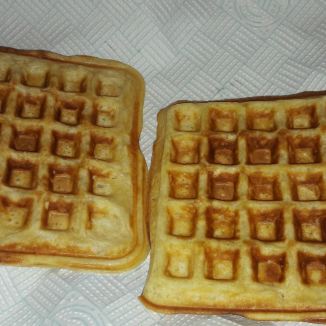 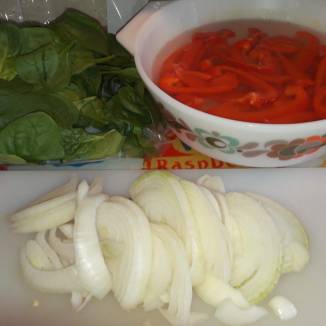 One thought on “Waffles”