Sour cherries & sweet cherries  are related but in Polish they have completely different names. 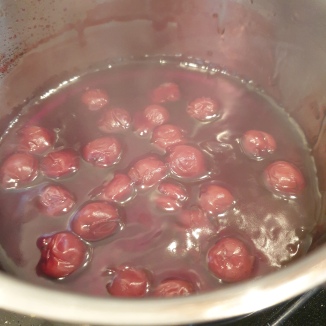 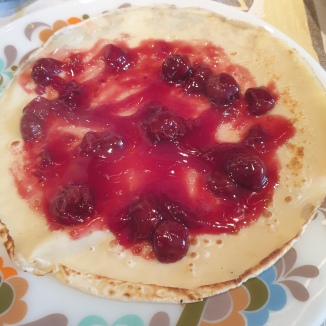 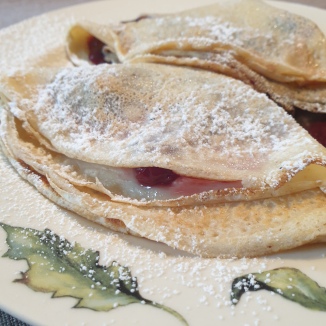 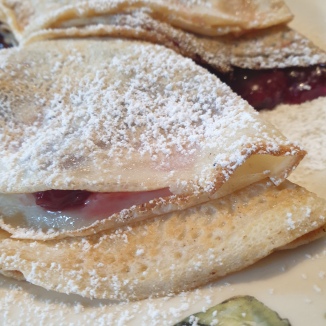 Plate is La Prune by Jet for Ter Steege in The Netherlands.

I have written lots of tips for The Perfect Pancake – below is a reminder of the basic recipe.

This amount makes around 8 pancakes – in my 20cm pancake pan.

2 thoughts on “Pancakes with Sour Cherries”