After apples (see It’s Only A Bird!) one of the most popular ways of serving roast duck in Poland is with sour cherries.

So the figure for Poland is high when you think of the size of the top two countries, especially when figures for the whole of the United States of America are only  around  38,000tonnes.

Previously I used to be able to buy bottled sour cherries produced by Krakus or PEK but recently went out shopping for these I could not find any shops that stocked them.

In one of the Polish shops I found some from the company EDMAL and I also found some in Lidl. 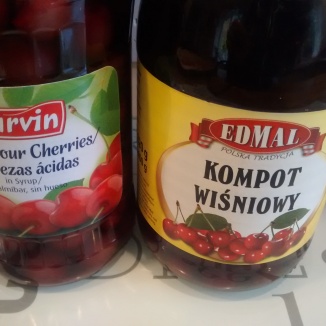 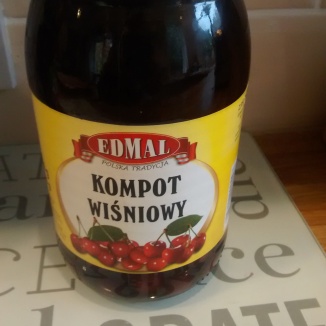 Both are good though personally  I preferred the taste of the EDMAL ones.

The Lidl ones are pitted whearas the EDMAL ones still have the stones in – you can remove the stones if you want or just warn people that the stones are still in. 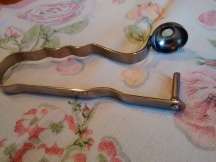 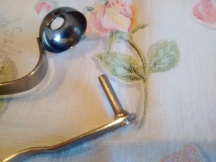 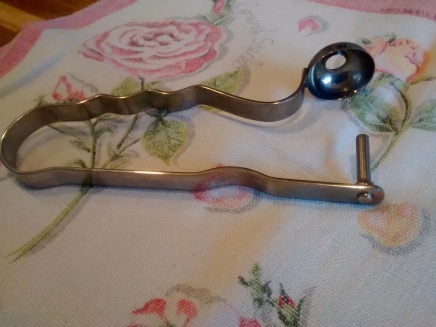 There is more liquid in the EDMAL jar as this is sold as a kompot.

Kompot is a non-alcoholic sweet beverage, that may be served hot or cold.

It is made by cooking fruit such as apples, rhubarb, gooseberries, or sour cherries in a large volume of water, together with sugar or raisins. Sometimes spices such cinnamon are added for additional flavour, especially in winter when kompot is usually served hot.

For this recipe you need to strain more liquid off from the kompot which you  can save and drink later.

A jar is easily enough for  4 people and could serve 6.

The sour cherries are cooked separately from the duck in this recipe. 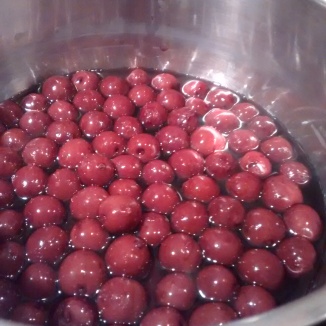 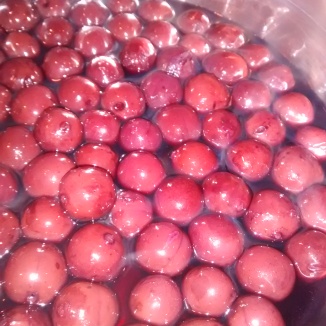 Rather than using whole duck,  I use duck breasts, 1 per person, as this makes it easier for me especially when there are more than two people for dinner.

I am giving instructions for 2 different coatings for the duck here –  the rest of the instructions are the same.

Rub the duck breasts with Italian herbs, ground black pepper and salt and leave for at least an hour. 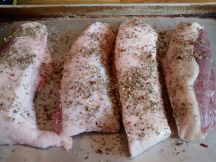 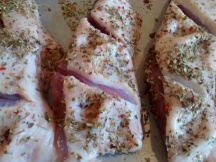 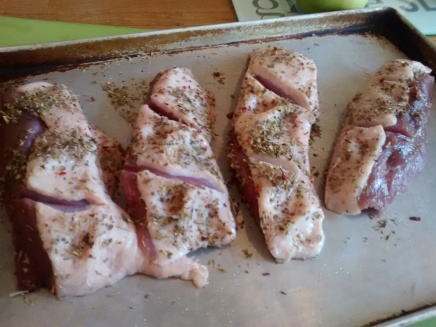 Duck breast with allspice and salt. 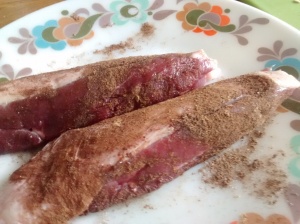 Allspice  is very popular in Polish cooking. It is the dried berry of the plant Pimenta diocia

Allspice in Polish is ziele angielskie  which translates as  herb English because it came to Poland from English traders who brought it from the West Indies in the 16th century.  I do not know why it is called herb (which indicates the  green part of a plant) as the word more often used for spice in Polish is zioła (indicating dried berries or roots etc).

Put a baking tray in the oven for around 10 minutes to heat up.

Heat a heavy based frying pan (I use a cast iron pan) until it is very hot –  you do not need any added oil or fat.

Put the duck onto the heated baking tray.

Bake in the oven for around 15 minutes.

You can serve the duck breast as whole pieces or slice them up. 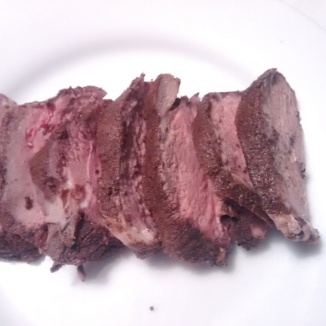 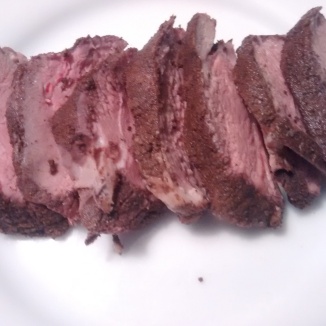 Whilst the duck is in the oven, put the strained cherries with some of the juice into a pan and bring to the boil, then simmer gently for around 5 minutes – do not let them boil dry – add extra juice if necessary.

Serve the cooked duck with the cherries, adding some of the juices as well as the fruit. 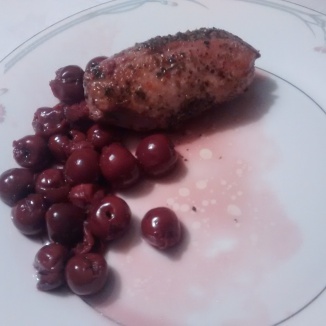 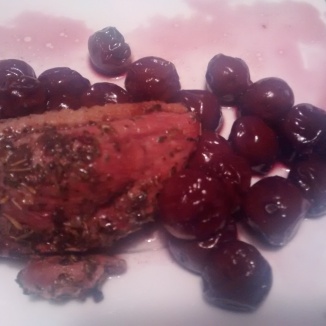 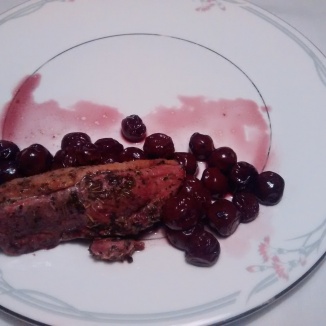 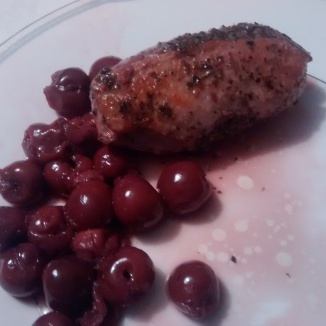 One thought on “More Duck”