Pyzy are potato dumplings, usually stuffed with meat and then boiled.

Traditionally they are served with some skwarki – crispy smoked bacon bits or slightly charred onions, a mixture of the two or just melted butter poured over them.

My mother never made pyzy and I must admit the first time I had them in Poland, I thought they were much too big & heavy! Since them I have tried out many different version and have liked them very much.

In Gvara, a restaurant in Gdańsk, I tried a soup with some pyzy in it.  It was utterly delicious. 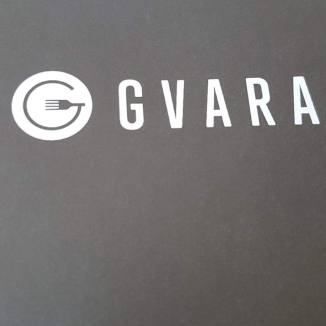 * Usually thinly sliced raw meat or fish -named by Giuseppe Cipriani (1900 – 1980) bar owner in Venice, because of the colours used by the Venetian Painter Vittore Carpaccio. 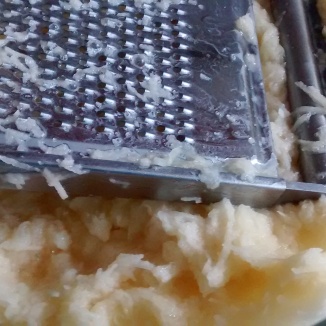 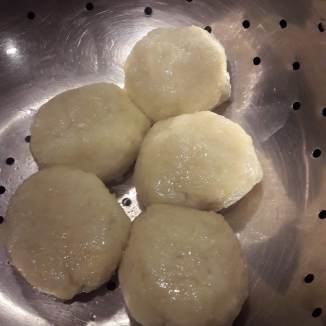 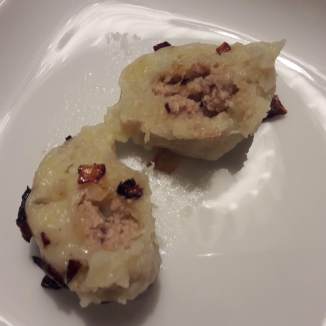 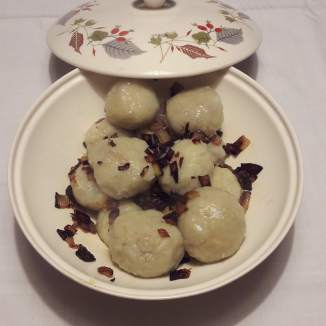 Serving tureen – Gaywood by Ridgeway – Made in England.

Leave a Reply to Thistles and Kiwis Cancel reply