I was given this really easy flat bread recipe from my friend in Leeds.  She had seen it on a recent TV programme.  The same weight of self raising flour to Greek style thick yoghurt is used.  The amounts below make four flat breads which are then baked on a griddle or cast iron frying pan.

It is very versatile and can be used as a sort of “cheat’s” naan bread with Indian meals.

Add some seeds such as black onion seeds to the dough when rolling out.

** you can freeze these portions – wrap them individually in thin plastic and place in a box. 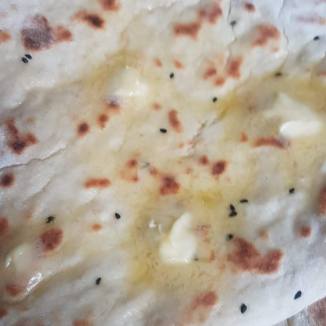