I know I said this last year but I still cannot believe it!  I posted my first post five years ago today – 4 July 2015.  Time has gone so quickly but there is still much more to write about.

This will be post number 280 and there have been visitors from more than 130 countries.

Suddenly in the garden there were loads of alpine strawberries – time to use them in a recipe! 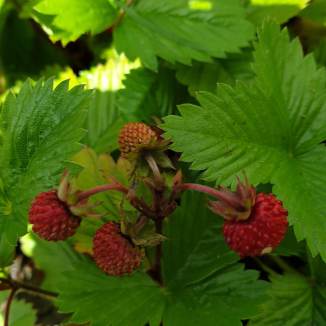 I had seen lots of cakes in Poland with a layer of fruits and jelly on top and decided now was the time to start trying some out.

Torcik – this is a word that I have just learnt.

There does not seem to be an exact English translation!

I have seen the terms icebox cake or no bake cake, which convey some of the ideas.

When making a torcik you need time to let one layer set before starting on the next  – my first attempt was a disaster in looks!

This torcik is composed of 3 layers 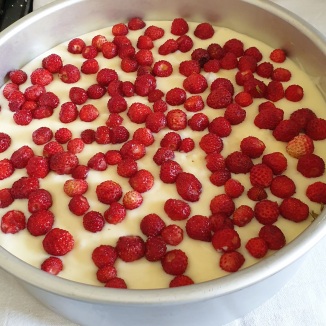 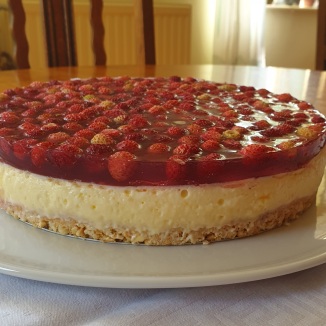 Tea plates – Queensbury by Midwinter from the 1970s

8 thoughts on “Torcik – with Alpine Strawberries”