This chłodnik is a simple cool starter for a hot summer’s day. 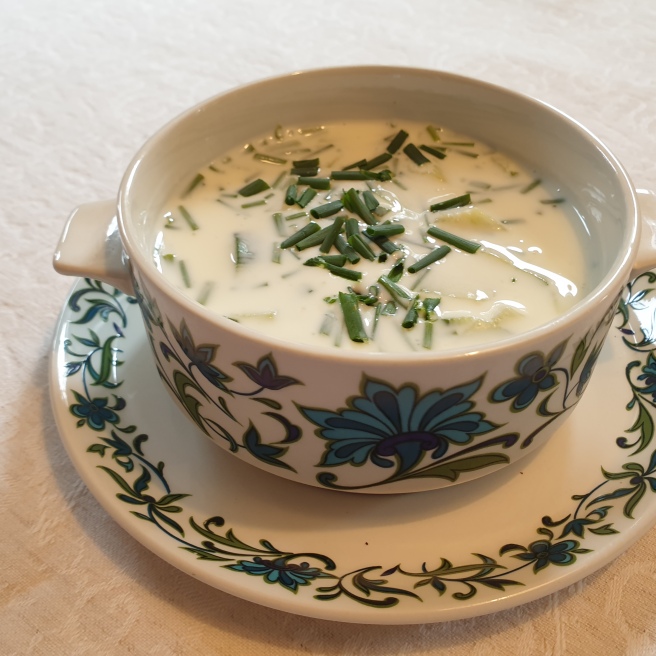