In the summer and early autumn in Poland, when all the fruits of the forests and the garden  are ripe, that is when these pierogi are at their best.  However bottled fruit is available all year round and I often make my sweet pierogi with these.

You can also use defrosted frozen fruit.

Some of the other options are:

Sprinkle with icing, granulated or caster sugar and some soured cream. 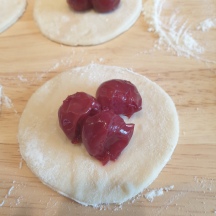 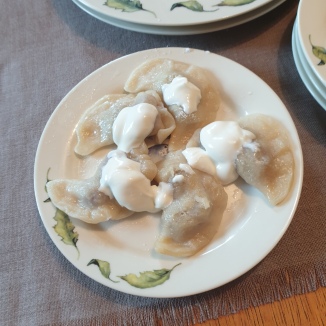 Served here on La prune by Jet for Ter Steege 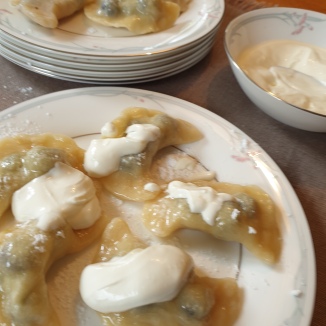