Tort Bezowy is a meringue cake.

Meringues are popular in Poland and often made because lots of other dishes contain many egg yolks so there are egg whites needed to be used rather than wasted.

A little tip – freeze two egg whites at a time in a little container – then you have them ready for use later – bring them back to room temperature first.

The meringue that is used here has the addition of potato or cornflour and a little vinegar which gives a soft marshmallow centre to the meringue.

This style of meringue dish was named in honour of the Russian ballerina Anna Pawlowa (Pavlova) after her tour of Australia in 1926.

It is made up of 3 parts

*You might want to roast more rhubarb for other uses and just use some for this dish.

All three parts must be cold. 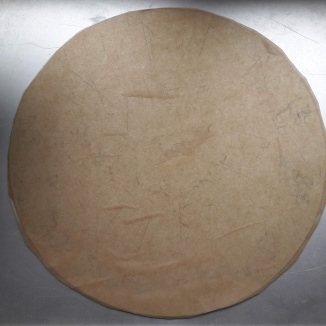 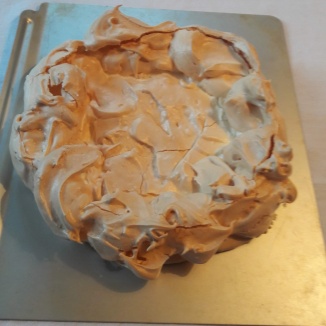 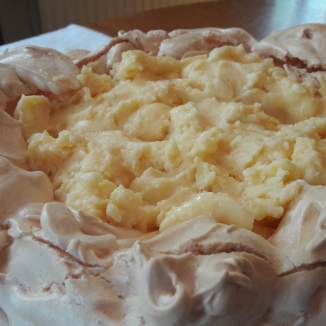 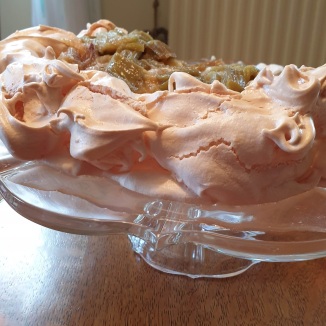 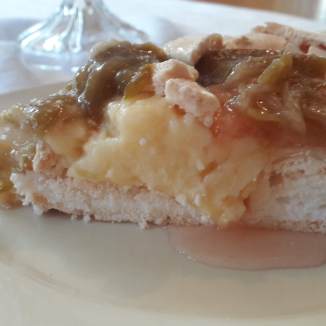 Plates – Lavender by Jet for Ter Steege in The Netherlands.

One thought on “Meringue Cake with Rhubarb”