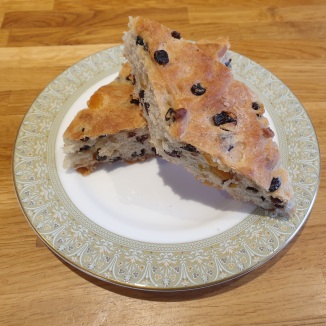 As with most yeast cakes this is best eaten as soon as possible as it will soon go stale.

If all is not eaten on the day of baking, I cut the cake into slices and pack into a plastic container and freeze – these are then toasted and served with butter at a later date.

One thought on “Fruity Yeast Cake”