Babka is the name of a Polish cake.

Babka means grandmother and refers to the round dumpy shape reminiscent of an older lady wearing a long full skirt as is traditional in many Polish folk costumes. 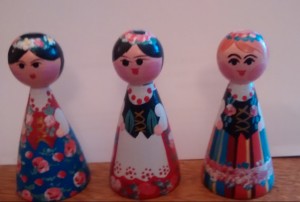 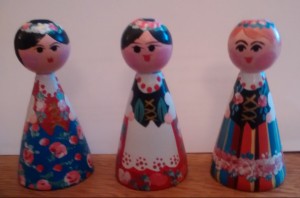 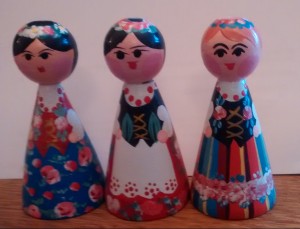 There are references to this cake in Poland in the early 18 century.

The early cakes will have been yeast cakes.

Yeast cakes are glazed with either warmed honey, a sugar and lemon glaze or poncz (derived from the English word – punch) which is a  sweetened syrup made with tea and rum.

At Easter a yeast babka is very traditional and it would also be covered in a thin icing glaze.

A creamed sponge babka  can be  made with wheat flour or a mixture of potato flour and  wheat flour.

Dried fruit such as currants, sultanas, raisins or candied peel can be added – just small amounts – this is not a heavy fruit cake!

The marbled cakes  are often coated with a runny  chocolate icing which is allowed to run down from the top. 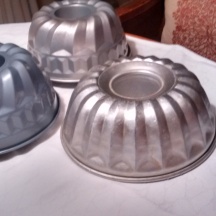 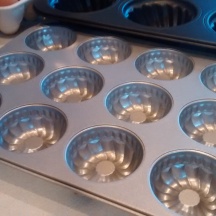 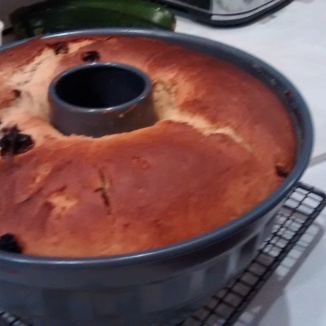 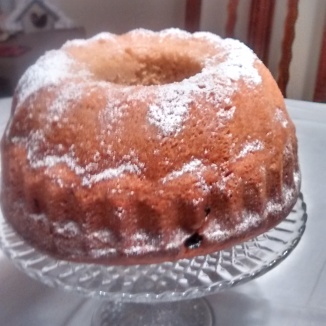 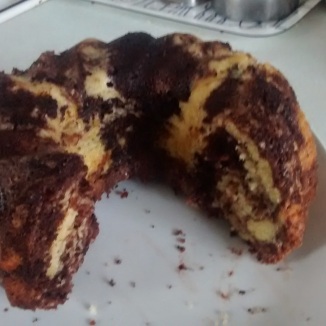 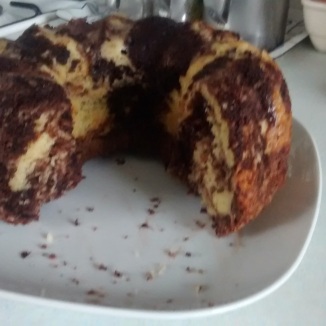 In other parts of Europe there are similar cakes such as Gugelhopf or Kugelhopf in southern Germany, Austria and Switzerland  and Bundkuchen in Northern Germany.

In Italy there is the panetonne – the name for this in Polish is włoska babka which means Italian babka.

In the 1950s Nordic Ware in the USA produced a tin which they trademarked as a Bundt  tin.

It is thought the name comes from a  Bundkuchen   – a cake for a large gathering in Northern Germany. 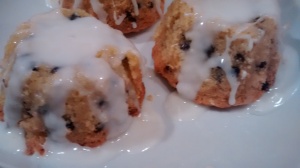 Babecki – made in a new tin from Marks & Spencer – which they call a 12 cup mini Bundt tray. 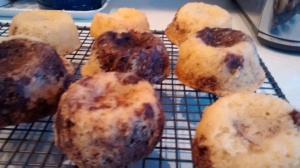 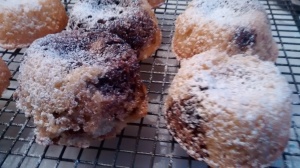 The origin of baba au rhum or rum baba

Legend has it that when Stanisław Leszczyński   (1677-1766) the exiled King of Poland was living in Lorraine in France (He was made Duke of Lorraine and Bar for his lifetime) he had acquired some (yeast) babka which turned out to be very dry. His pastry chef revived it by soaking it in a sugary rum liquid (very like the poncz they use in Poland). This became the start of baba au rhum in France. These  are usually done as small individual cakes nowadays. note

Dry babka will soak up more liquid than a freshly baked one – so if you are making this it is better to use cake at least a day old.

The savarin was invented in Paris in 1844 and was inspired by the baba au rhum but it is large cake made in a circular(ring) tin. In the centre it usually has fruit in syrup and whipped cream (this is not used in Polish cookery).

Future posts are coming up shortly with recipes for the various types of babka – look out for these!