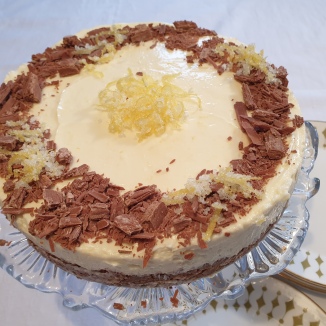 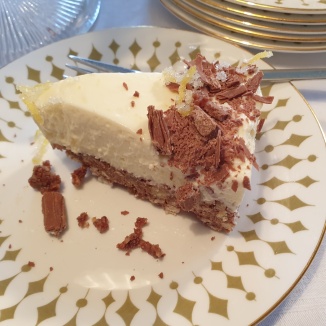 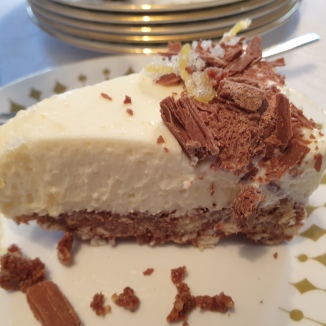 *The following photos are from a version made  without the chocolate in the base and a fluted loose bottomed tin was used. 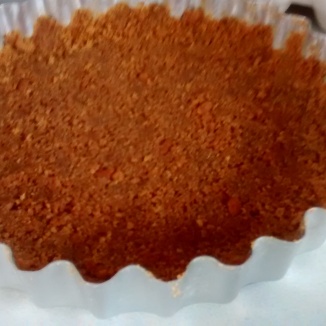 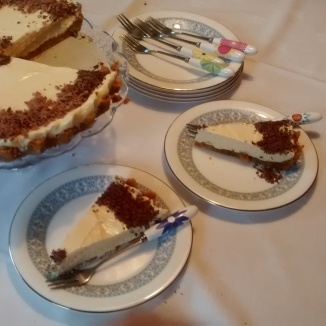 Kajmak (or kaimak in my older books) is a speciality make from cream or milk cooked with sugar and then butter is added. It is very sweet and dense,  pliable at first and hardening over time.

It is similar to a creamy type of fudge and it can also be made from tinned condensed milk which has been boiled and so is very like dolce de leche.

In my American-Polish cookery book it is called Turkish Fudge.

It is used in a variety of cakes including mazurek. 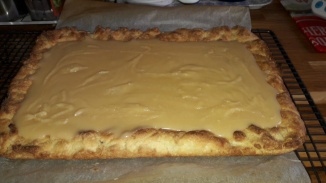 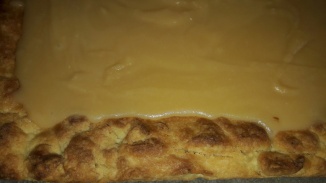 Kajmak originated in Turkey and appeared in Poland in the 18th century in the reign of Stanisław II Augustus (1764–95).   Sugar was a luxury commodity then and this was originally just popular with the Polish nobility.

1/2 litre of milk (full or semi-skimmed)

Put the milk and sugar into a heavy bottomed saucepan and heat gently stirring most of the time to stop the mixture from catching and burning on the base.

Continue cooking and stirring until the volume has reduced to about half of the original and the mixture is thick – rather like jam in the spoon test.

Take the pan from the heat and add the butter and stir till it is incorporated.

Add the drops of vanilla essence and stir them in.

Use the kajmak straight away or pour into a glass bowl that you can heat over a water bath when you want to use it later. 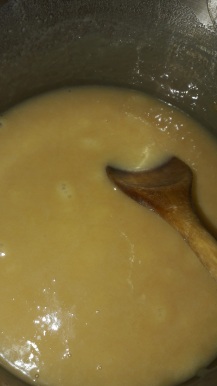 Alternatively you can also pour it into a flat dish and cut it up as cubes or fingers of sweets later.

Kajmak is flavoured with a little bit of vanilla but can also have the following additions: caramel, chocolate or coffee

In a frying pan heat 20g of granulated sugar until it just starts to turn light brown, then add 6 tablespoons of water and boil gently until you have a caramel syrup. 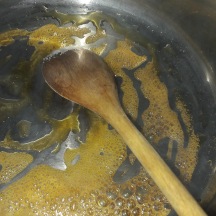 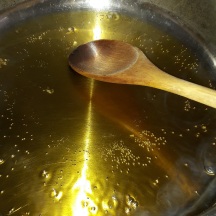 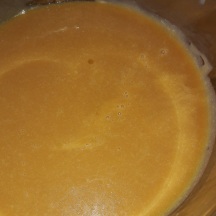 Add this to the kajmak before the addition of the butter.

Salted caramel is very popular in England at the moment and you can add a teaspoon of cooking or table salt to the caramel kajmak.

Then once it is poured out you can sprinkle coarse ground or sea salt on the top. 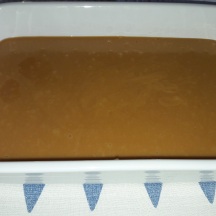 Here the kajmak was poured into a rectangular dish.

50g of cocoa mixed with around 6 tablespoons of water 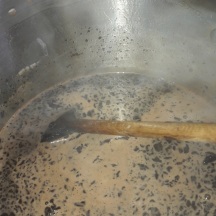 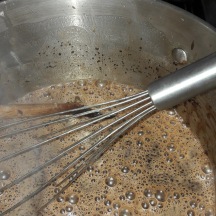 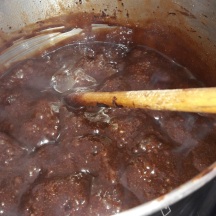 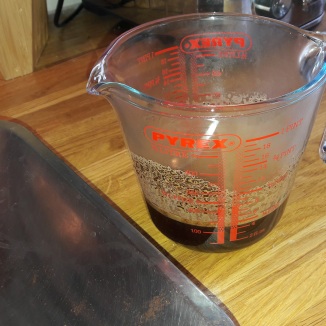 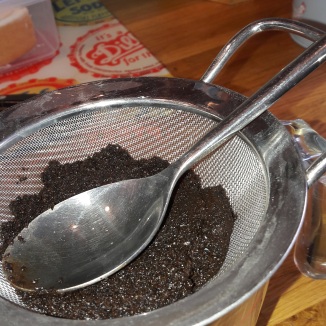 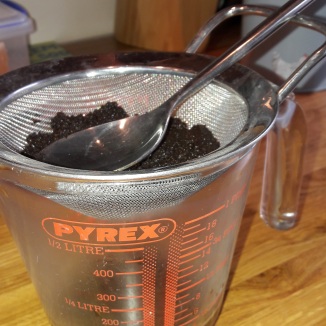 Brew the coffee in a cup or jug, leave for around 10 minutes and then strain the liquid from the grounds.

In a recipe book I bought recently there is a recipe for kajmak using  krówki which are classic Polish sweets (krówka mleczna = milky cow) described as creamy fudge. 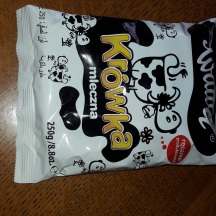 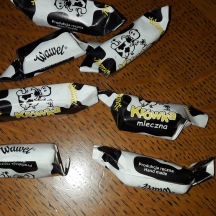 The recipe used 500g of the sweets which would have been two packets – I just used one packet to test them out.

Unwrap the krówki and place them with the milk in a small saucepan.

Heat gently, stirring with a wooden spoon until the sweets dissolve.

Add the butter and let it melt.

Use whilst it is warm.

This worked very well & one packet could be enough – I must admit I prefer the original version but this is easier & quicker.