I would describe this cake as a “Pseudo-piernik” as  granulated sugar rather than honey is used.

My Polish friend in Leeds gave me this recipe and she got it from another Polish lady. The written copy could be described as being in “Ponglish” being written partly in English with additional notes in Polish!

The original recipe used cups which except for liquids I find hard to work with and  much prefer weights.

I tried out a few alterations & variations until I reached this final version which I feel is the easiest way to get consistent results. 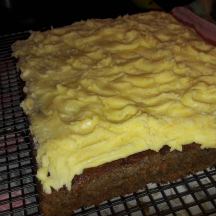 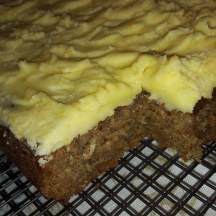 *Powidła is a lovely spread – often translated as jam but  is not really a jam.

It is made from fresh ripe plums which are heated and stirred for hours until the water is driven off and you get a thick paste.  The traditional version does not have any extra sugar added.

I bought some in my local Polish shop, I have seen it for sale in glass jars or in plastic tubs. 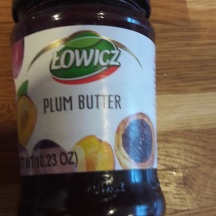 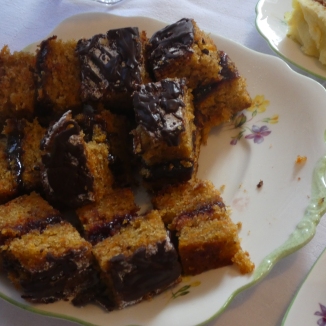 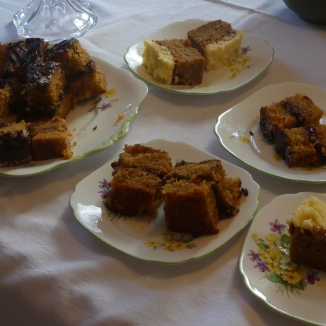 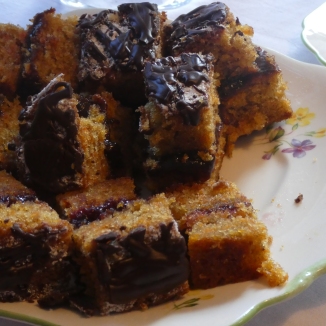 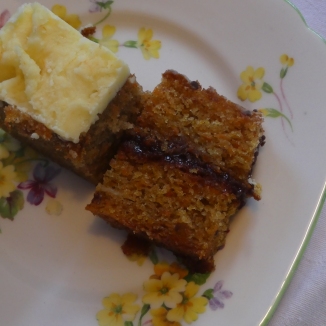 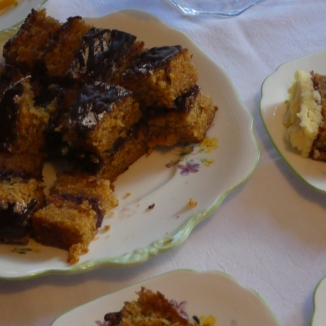 Add 100g of sultanas to the mixture.

I have posted a previous carrot recipe which I have used to make small buns.

The ingredients are similar but in different proportions – soft dark brown sugar is used which is not usually available in Poland.