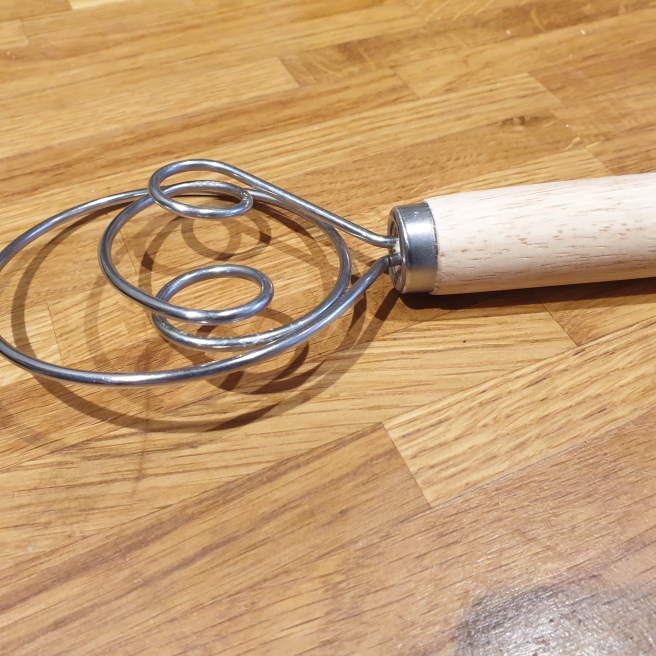 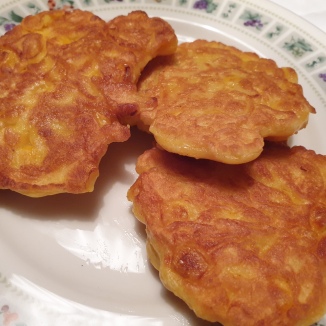 Add some chopped spring onions or chives to the batter or chili flakes or chopped chilies.

This soup is described as przecierana  which mean rubbed through a sieve. Nowadays a stick blender is more likely to be used to puree the cooked vegetables.

This is more like an English soup with all the ingredients blended together.

The method at the beginning is the same as in an earlier post – Vegetable soup.

The ingredients for this soup can change with the seasons but if using some frozen or tinned vegetable the ingredients can be very similar all the year round. Though I still find this soup will be slightly different whenever I make it.

Root vegetables are the most prominent and I never use tomatoes or cabbage in this soup.

You will need around 600g of mixed vegetables to 2 litres of water – though I do not weight them out!  It is best to have a variety. 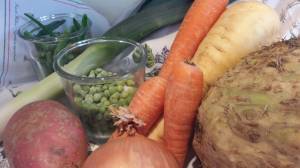 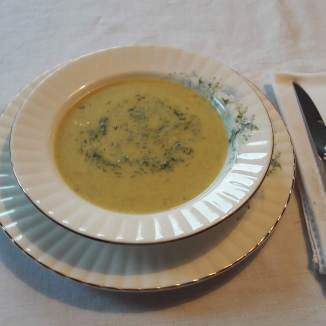 * Traditionally this would have been made with soured cream  – I have found that the yoghurt gives a tangy, sour, lemony zing to the soup – most  refreshing in summer. 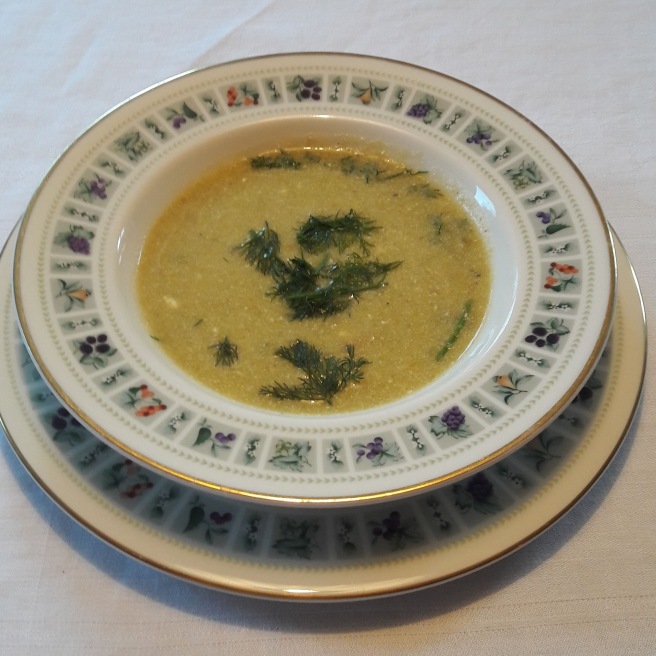