Ciasteczka is the nearest Polish word for biscuits. It can describe small soft cakes or crisper style biscuits or cookies.

At home we always spoke about biskwity and it was only when I first went to Poland that I realised this was NOT A POLISH WORD!

The word nearest to descripting English biscuits is herbatniki – these are biscuits to have with a cup of tea (herbata).

These ciasteczka are quite a bit richer – variations of these I would have enjoyed cutting out with my mother.

Caraway is such a popular herb/spice in Poland and is used in breads, meat & vegetable dishes.  So it is quite surprising that it is not used  in cakes or biscuits there.

I decided to try out some biscuits with caraway seeds.  I found that the biscuts were better if not too sweet.

These are the results – they are semi-sweet and are really delicious  with cheese.

Grated rind of a lemon

Rub the fat into the flour until it is like fine breadcrumbs.

Stir in the sugar, caraway and lemon rind.

Mix in the egg and lemon juice to form a soft dough.

Roll out the dough on a floured board.

Bake for 15 – 20 minutes till lightly browned (take care not to burn them).

Leave them to cool on the tray and then move them off on to a cooling rack.

Served on Las Palmas by Aynsley, from the 1960s, with some soft Brie.

Use 75g of caster sugar instead of the 50g to make a slighly sweeter biscuit which is delicious just nibbled on its own with tea or coffee. 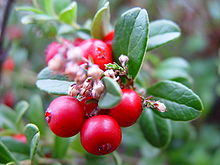